On a chilly January Saturday afternoon, my photog friend Jon and I explored an abandoned marble quarry. 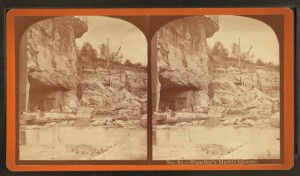 Located on a mountain near Dorset, VT, the Freedley Marble Quarry is essentially a cave formed by cutting into the hillside.  To access the site, we took several back roads and then hiked a good mile up a snowmobile trail.  The quarry was opened in 1790 by two brothers from Massachusettes.  Their workmen tunneled into the side of Mount Aeolus creating a cavern about 200′ x 600′ where they excavated various sized pieces of marble.  The large masses were moved down the mountain with a gravity train. 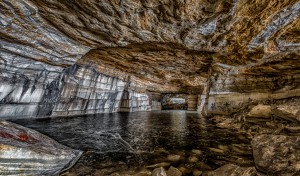 The Freedley marble was used in some notable structures in New York City, the most famous of which is the Soldiers and Sailors Monument on Riverside Drive.  In the late 1800s, much of their marble was utilized in the construction of the Drexel Building which occupied the southeast corner at the intersection of Wall and Broad Streets in Manhattan.  The Drexel Building was purchased and demolished by J.P. Morgan in 1912 to make way for his own structure. 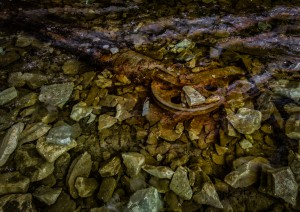 Old pulley under 5″ of ice

Later abandoned, the quarry is now partially flooded.  It freezes over in winter and locals enjoy ice skating on the very smooth surface.  The ice is so smooth and clear in places that you can see through it like looking through glass.  Old pulleys, beams, pipes and other equipment can be seen in the depths.  Run off water from above creatives impressive blue icicles that hang down from the ceiling like stalactites.  Unfortunately, the cave has been vandalized with graffiti and littered with cans and bottles. 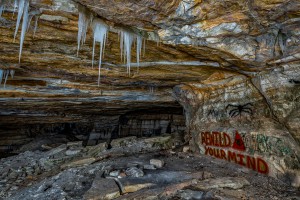 Entering the cave from the trail is treacherous due to the freezing water run off.  Crampons are highly recommended.  Naturally, I wore my crampons but neglected to bring the spiked feet for the tripod.  Inside is very dark, so long exposures were necessary.  In many cases where you could see brightly lit outside, I shot bracketed sequences.  Just for fun, we brought a couple of flashes which were placed directly on the ice.  Gelling the flash with color would create a bloom of light under the ice making for interested shots.  But the 19* temperatures caught up with us quickly.  And standing on ice chills your feet in short order, yet it was certainly worth the visit. 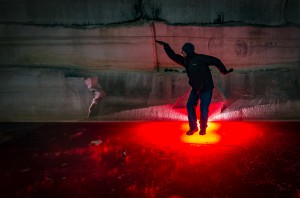 Goofing around with gelled flash 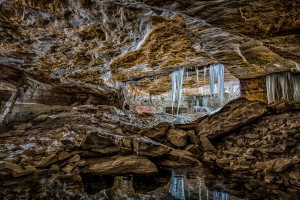 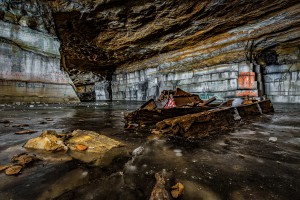