Clouds Along the Mohawk – Falls and Power Plant

Clouds Along the Mohawk – Falls and Power Plant

Storm clouds rolled in over the Mohawk River, Cohoes, NY.  The drama in the sky added to the texture in the old power plant called for an HDR image. 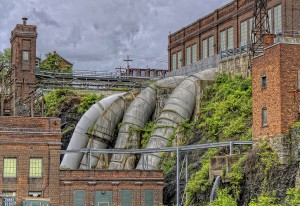 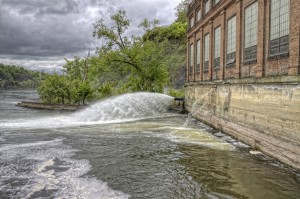 I merged the images together with Photomatix Pro 3 and did a few adjustments with Photoshop CS4.

HDR imaging is what revamped my interest in photography.  In high school, I had a Canon AE-1 film camera, but lost interest in photography because I was not disciplined enough to keep a journal of camera settings for each shot.  So I would get my film developed, have some good shots and some bad shots and not remember what I did to achieve either.

Enter the DSLR – digital files are tagged with camera settings.  I had to get one.  During the search for a camera, I stumbled across HDR photography and was hooked.  Being a computer guy, I was intrigued about the post processing of photos.

Initially, I was attracted to the grungy look of HDR, many people are.  It’s almost surrealistic, artsy.  These images are like that, and as my tastes matured, I find I prefer more natural looking HDR.

In any event, the dramatic clouds and textures of the power plant and trees made for a contrasty HDR look. 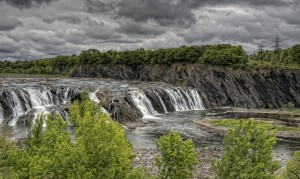