Growing up on Long Island, my father taught me about gunkholing.

The strange term comes from the boating community and refers to leisurely exploring, typically up small channels by boat, or along a coastline that has nooks and crannies.  As a kid, I would go gunkholing in a thirteen foot metal rowboat powered by a 9.9 hp outboard.  I found many neat places that one would never see if just cruising by.

As a photographer, most often, you have an actual image in your mind’s eye that you wish to make.  You research the location, lighting, and other variables.  You pan the gear required.  Then you go try to make that shot.  It’s premeditated.

I have adopted the concept of gunkholing to my photography.  It’s more like random meandering, the intent to come across some subject or landscape at the right moment in time that would make a good image.  There is a sense of excitement, you never know what you are going to find, but in a laid back way.

You don’t know what you will come across, so you don’t know what gear to bring.  Maybe you take a ton to cover all situations, maybe you go light and simple.  Gunkholing is a way to look around you and see images that you might not have considered before.

Adding to the randomness, I often drive up a side road that I’ve never been down before.  I enjoy getting lost – as lost as you can without consulting your GPS – wandering with spur of the moment choices as you arrive at the next intersection.

Every gunkholing trip is different.  Many times, it’s a bust…I find a location, but the light is wrong, or vice versa.  Though even the trips that don’t yield images are good because you can scout new locales.  Sometimes the planets align and you are rewarded with being in the right place at the right time, capturing a shot that you previously would not have been able to plan.  Either way, for me, it’s a fun exercise.

Here are some of my favorite gunkholing images.  You should get out there and do some gunkholing too!

Walking around my rural neighborhood, there is a nice little stream that crosses the road and disappears into the woods.  Walking past one day, I decided to follow the creek bed for a little ways.  I hopped the guardrail and headed into the woods.  Not three minutes upstream I came across this little waterfall.  It was late in the day, the sun getting low but slightly visible through the trees.  I only had a camera and kit lens, so I set the camera on a rock, leveled it with a small stick underneath and captured this nice photo. 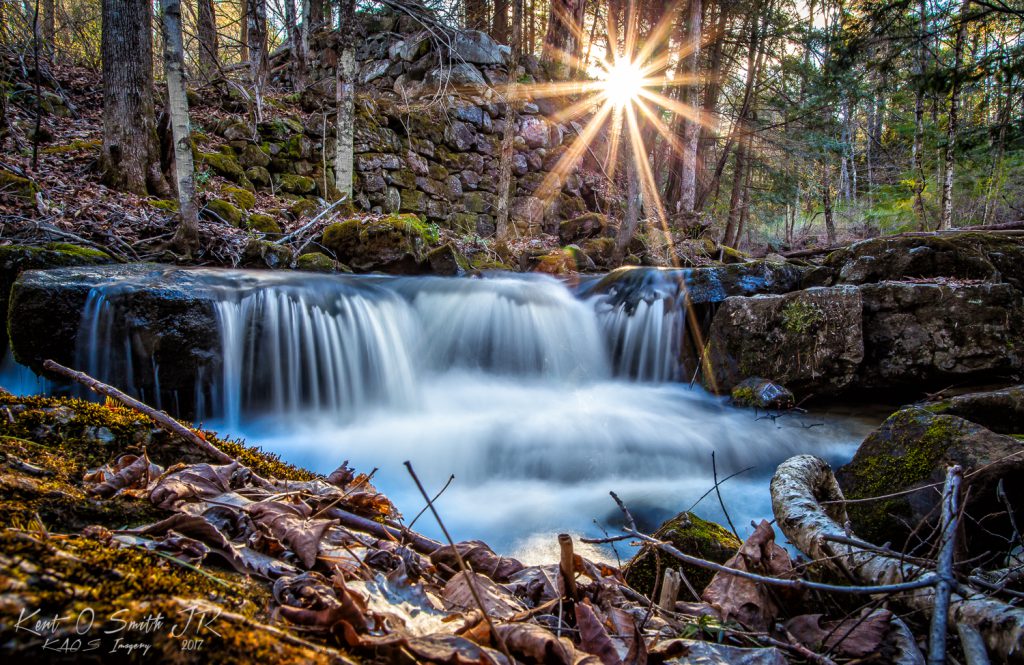 One night I was shooting a famous hotel under moonlight.  Leaving there, I noticed a short side road that dead ended at a beach, so I went to investigate.  There was not a better angle of the hotel, but I could walk on the beach past two homes and get a nice view of these two boat houses illuminated by the moon.  My camera was already on the tripod so making the night exposure was easy, but it was not a shot I would have got without gunkholing.

One vacation in Florida, we planned to drive up the west coast and fly out of Tampa because the flights were less expensive than Fort Myers.  On the way to the hotel the night before the flight, I wanted to drive along the coast as much as possible.  We passed a road that led towards the Gulf and was a dead end, so we decided to explore.  As it turned out, the road led to a state park that was on a series of islands.  Even though it was getting close to sunset, we paid the $8 to go into the park for an hour.  I came across this fishing pier and made a nice black & white image on an overcast afternoon.  By the way, Fort DeSoto State Park is highly recommended for landscapes, beachscapes, kayaking and birding. 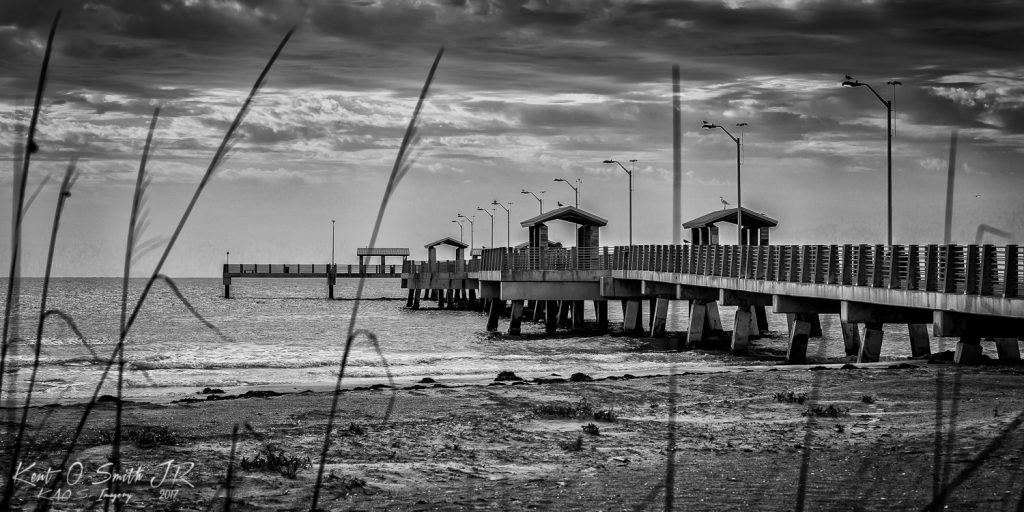 After chasing some birds in a wildlife area, I meandered south towards a family dinner commitment.  Rather than going to normal (fastest) way from where I was, I took a side road that led to another and another, generally heading in the direction I needed to go.  It was gray and dismal until this shelf cloud rolled in and the sun lit up the underside in brilliant red.  I pulled off the side of the winding road, changed to a wide angle lens and snapped this cloudscape. 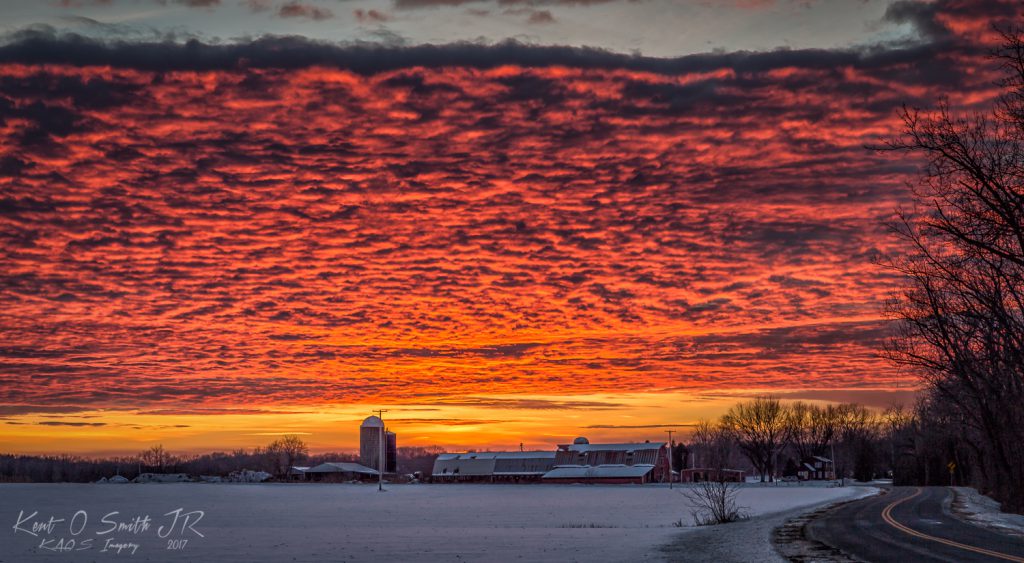 I often wander around Great Sacandaga Lake.  I’ve been down most side streets at least once.  There aren’t many public access areas, but I do stop at each and look around.  One on the north end of the lake isn’t too exciting, so after a first look, I’ve never been back.  Passing by there one winter afternoon, I saw the sun trying to poke out from behind the clouds as it neared the horizon.  I was by that north end spot, so I stopped and shot a few images, quickly getting very cold from the wind and 15* temperature.  I hopped back in the truck and cranked the heater, ready to head out.  Quickly looking through my photos, I wasn’t thrilled with any, so after warming up a bit, I jumped out and hiked south along the shore as far as I could go before crossing onto private property.  This overhanging tree made a nice natural frame to the fading light above the lake.