Old man winter has been kind to us this year here in upstate New York…that is, if you’re not a fan of winter.  Virtually no snow and reasonably mild temperatures do not hurt my feelings.  I enjoy winter landscapes, but I also enjoy not having frostbite on my toes and fingers in the pursuit of that winter landscape.

The downside photographically speaking is that there isn’t much pretty to photograph.  Without the snow, everything looks dull brown and dead.  So on a quest to shoot something better, I wandered down towards the city of Albany.  With little foliage in a shot, I might be able to beat that dead look.

It was a breezy afternoon, so I thought a long exposure using the Lee big stopper to blur out the clouds would be super nice.  As I headed down to a new (to me) location, the cloud cover looked nice.  By the time I arrived at the Port of Rensselaer, the partially cloudy forecast had turned into clear skies.  Not the kind of sky that makes for a compelling image.

Since it was a 50 mile trip to get here, I decided to shoot a few photos anyhow and see how the weather panned out.  There is a new little park – or should I say micro park.  It’s literally two benches on a postage stamp size lot, but it affords a new and unique view of the Albany skyline.  I did not expect the ship that was in the foreground, but I thought it added something to the shot.  I composed a fairly tight frame incorporating that ship, a tug, and the city buildings using the 5D Mark III and 70-200L at f/8.  After a couple of test shots I decided to bracket the images for HDR so I could capture a wider dynamic range.

Later, back in the office, I processed the files in Lightroom and came up with an acceptable image – just not what I had imagined.  So I decided to “make” a photo out of what I had, something more compelling.  I needed a different sky.

Going through some older files, I found a daytime long exposure shot with a sky that just might work.  I opened that image and the acceptable cityscape in Photoshop.  For starters, the cloud blur in the long exposure was going the wrong way for the city shot, just based on a small flag on the ship.  I flipped the long exposure image horizontally so the clouds were moving the way I wanted.  I used the lasso tool to quickly select the sky and copied it to the clipboard.  In the shot of the city, I made a selection of the sky based on the color range.  To do that, go to SELECT, COLOR RANGE.  I refined the tool to select the blue and partially hazy sky and make that selection transparent. 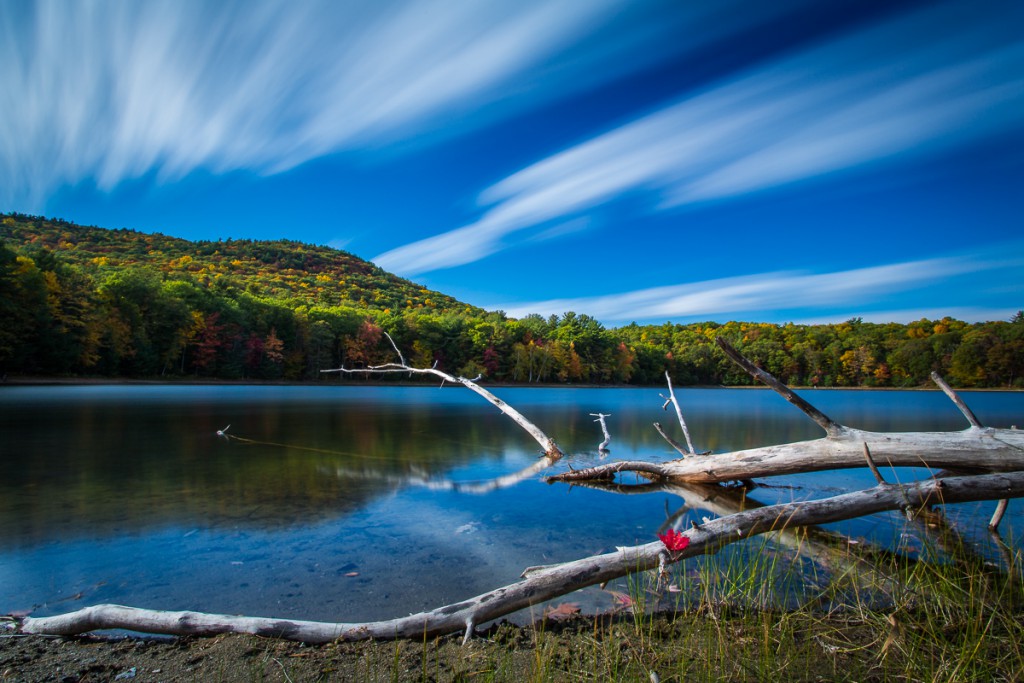 Then I pasted the cloud blur into the city photo.  I had to use Free Transform to get it to fit the area in question.  Already things were looking better.  The sky was very blue and the city was more yellow – they were shot at different times of the day – so I played with the sky color trying to warm it up.  I wasn’t able to get it to where I thought it sold the picture.  Good, but maybe not good enough.  I tried converting the image to black and white and liked what I saw – no color issue, and it had a different feel to the image that agreed with me.  I made some contrast and clarity adjustments to really bring out the details.

And then I suddenly realized the water was static – shot at a fast shutter speed – while the sky was a long exposure!  The water needed to be fixed.  I brought the photo back into Lightroom, launched an adjustment brush, and moved the sliders for clarity, sharpening and highlights to the lowest point, and painted over the water.  That helped blur the water some, but not quite enough.  So I repeated the process a second time on the same area and got an acceptable result.  A little dodging and burning and vignette, and I had an image pretty close to what I had envisioned. 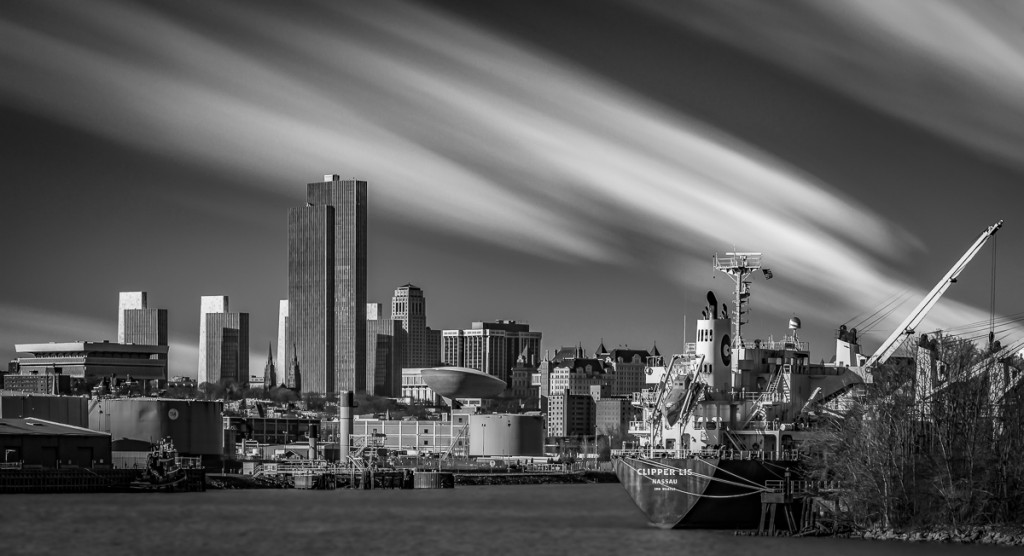 I won’t go into a discussion on whether it’s better to snap a shot versus make one with the use of Photoshop – I think that conversation is one each photographer should have with himself to decided what level is acceptable for them.  For me, it is about the artistic vision of what I want to create.  I think it needs to be disclosed that the image is Photoshopped – but other than that, I’m good with it.