For the new year, I’m starting a new series of short posts featuring a photo and the story behind it.

It’s been a brutal winter in upstate New York with well below average temperatures and well above average snow falls.  It is not easy to motivate oneself to get out and shoot when the weather gives you the winter blues.

My friend and fellow photographer, Jon Seelow (www.jseelow.com) texted me one day suggesting we shoot some burning steel wool over at Great Sacandaga Lake.  The daytime temperatures had risen into the mid twenties, far more comfortable than it’s been, and the sky was semi clear.  A few days before we had some freezing rain mixed with actual rain that had formed a nice crust on the existing snow.  The crust would offer a surface that the sparks of the burning wool would bounce on.

Jon wanted to have some color in the sky, so we rendezvoused just before sunset and scouted an outcropping of rocks protruding from the frozen lake.  As we set up our tripods, the sun set, the temperatures dropped and the wind picked up.

Standing around on the frozen lake with little movement, we became cold pretty quickly.  I wasn’t dressed the best for environment, having come from a business appointment straight to the lake.  While Jon busied himself getting the wool ready, I fired off some test shots to dial in the ambient light exposure.  I liked what I was seeing on the LCD and thought the framing would make a nice landscape, but Jon was in the scene.

I waited for him to come back to dial in the settings on his camera and shot the photo that I call “Frozen in Time.”

After a series of technical difficulties – we couldn’t get the cigarette lighter to work and it was too windy for matches – we were finally able to light a plumbing torch that we had with us that remained lit and was used to light the steel wool.  Jon spun the burning wool and I triggered both cameras.  The results were pretty cool, I thought my landscape photo was my best of the evening.

A couple examples of the spark photos follow.  These were taken at ISO 50 which allowed for longer shutter speeds based on the ambient light.  The light streak in the first image was a snowmobile in the background 🙁 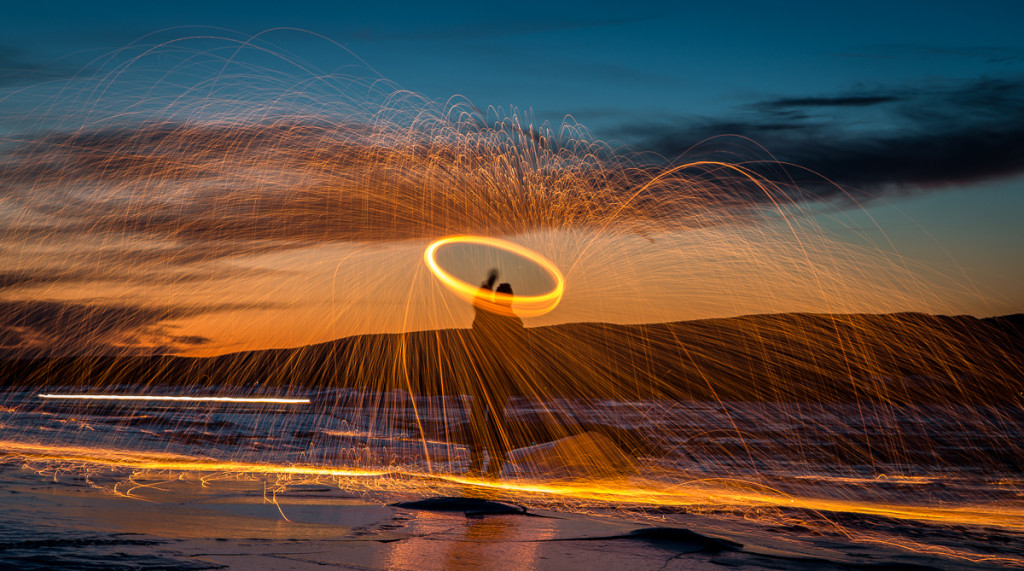 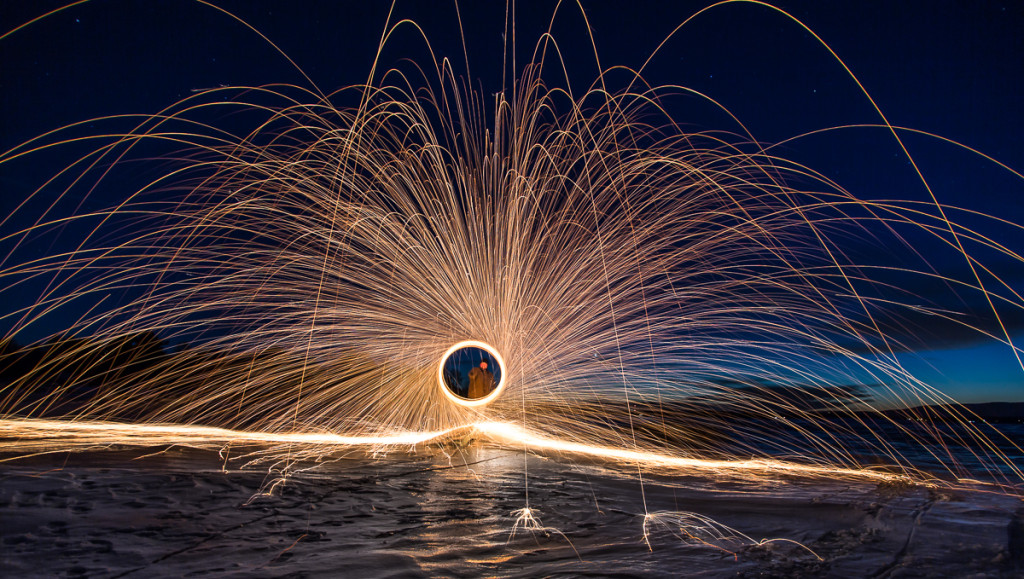