Well, this certainly isn’t the most exciting image I’ve created, but it is neat in that it’s a low perspective of a simple waterfront scene.

One afternoon on the beach by Peconic Bay, I got the idea to shoot some of the waves coming in and crashing by a jetty.  I used a long focal length to compress the background, in this case an island, and bring it closer to the foreground.  The first few handheld shots were meh…I had to use a fast enough shutter to keep the images sharp, which froze the action of the water.  I thought some motion blur in the water would be a nicer look.

In order to slow the shutter enough to do that, I had to put the camera on a support.  Even on the lowest possible height with the tripod, I felt the camera was still too high.  So I used a Platypod – a plate you can mount a ball head to and place on the ground.  Here, I used a piece of wood so the legs of the Platypod did not sink into the sand. 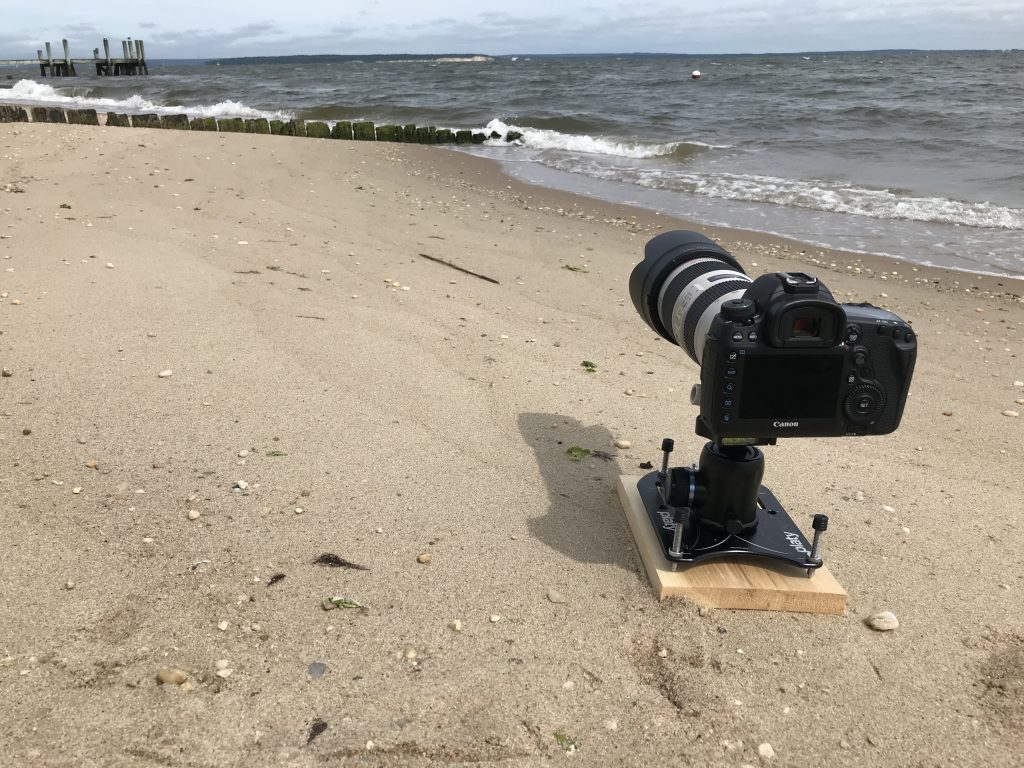 I lay on the sand on an old towel and tried some slower shutter speeds, looking for the wave formation that was the most interesting.  As the tide was coming in, I had to move my position a few times and eventually the jetty was too far under water to be seen. 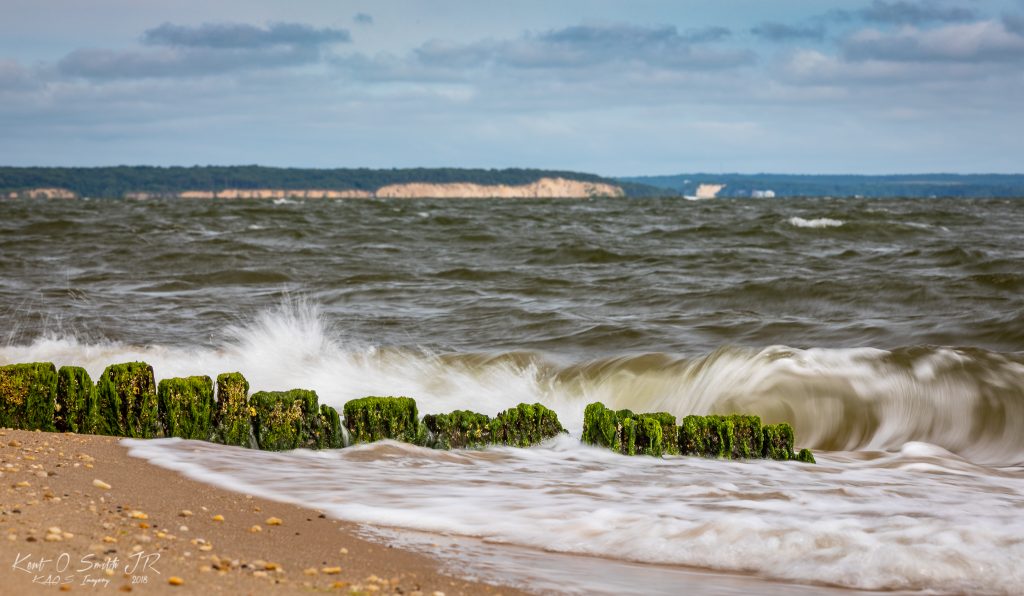