Motion blur can be really cool when used creatively.  This shot was inspired by photographer / author Bryan Peterson.  In his shot, he and a friend drove through a tunnel at night wearing skull masks, an interesting concept in and of it’s own.  I don’t live near any tunnels, but there is a good deal of tree cover on my road, so it can appear to be tunnel-like when combined with motion blur.

Here’s the setup – I placed a 6″ professional suction cup on the hood of my GMC truck.  The 3/8″ stud on the suction cup provided a mount for my Sirui ball head to which I clamped my 5D3 and 16-35L /f4.  It was late afternoon and the glare on the windshield was significant so I decided to use a polarizing filter so the camera could see through the windshield.  The single suction cup held well, but the sheet metal of the hood was so thin, I could easily wiggle the camera around.  So I put two 4″ suction cups on the hood with tie points on them.  I tied line between those and the camera and put a line between the tripod head and the grill, creating a three point stabilizer for the camera. 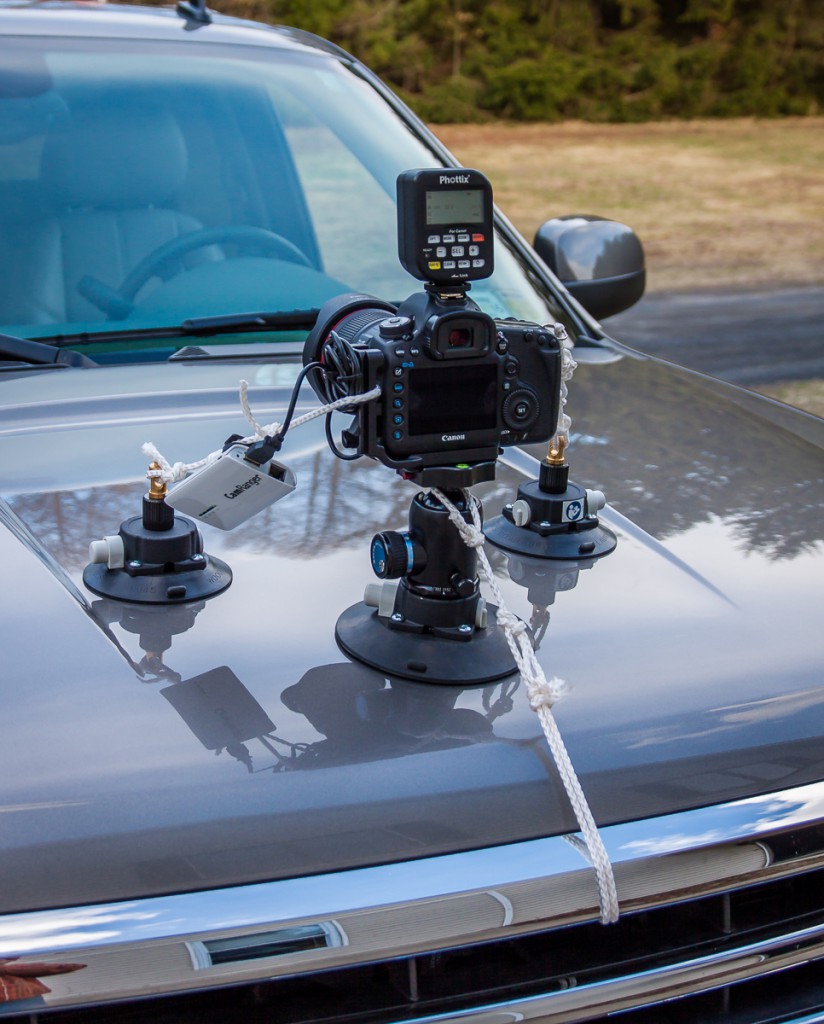 I used a Camranger with a wifi connection to my iPad Air 2 to control the camera.  Initial shots showed that the interior of the truck was too dark.  I needed light inside so I placed a 580EX II on the center console pointed a the roof to bounce some light in the cabin.  The flash was wirelessly controlled with the Phottix Odin system.  I set the flash to rear curtain sync so I could be assured of little to no moment of the driver.  Time to hit the road – I cautiously drove down the block a couple times until I felt the rig was secure.  It would not be a good thing for the 5D3 and 16-35L to fall off the tuck at any speed!  Several more test shots showed that I needed a slower shutter speed than what I was getting – or to drive faster than the 25 to 30 mph I was already doing – so I changed my ISO from 100 to 50 and kept the speed the similar.

I took 20-25 shots until I got one I liked alot.  Part of the problem was that I was too focused on the mechanics of the exposure and not enough on the human element – me – i.e., I wasn’t smiling.  So I tried laughing, smirking, giggling, and wound up with the final shot: 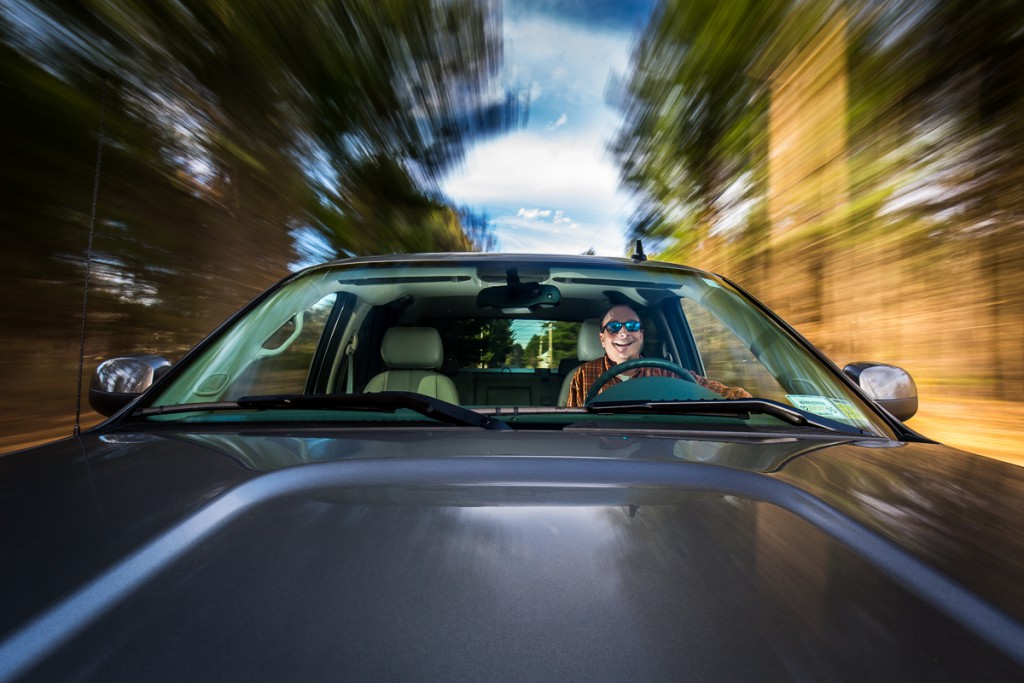