The Canon rebates were about to run out.  I had to do it….well, at least that’s what I told my wife.

I’d been lusting after the 70-200 IS II – arguably one of the best zoom lenses Canon has ever produced – and the price was about to go back up $400 more….what would you do?

So I pulled the trigger.  Three days later, it arrived and of course, one has to try it out.  But it was the dead of winter, cold, foggy, gray, just plain nasty out.  So I talked the wife into going for walk – she’s always up for exercise – and we headed into downtown Saratoga Springs to see if it was any less gray than at home.  It wasn’t – but we passed by the old Saratoga Cemetary and I thought it might make some fitting shots – gray and overcast in among the headstones.  Here are the results.  Shot with the Canon 5D3. 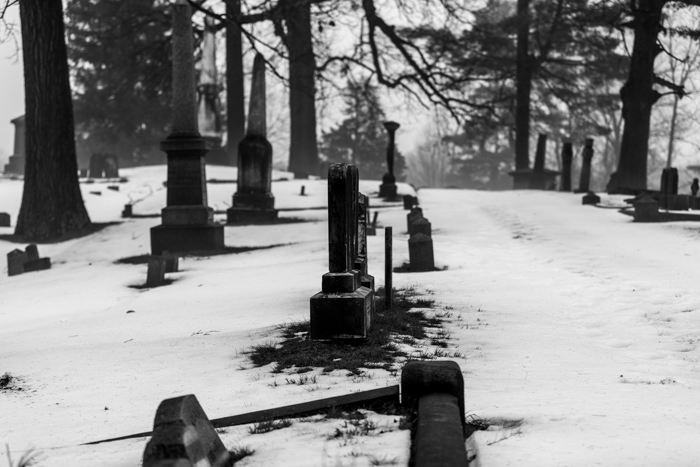 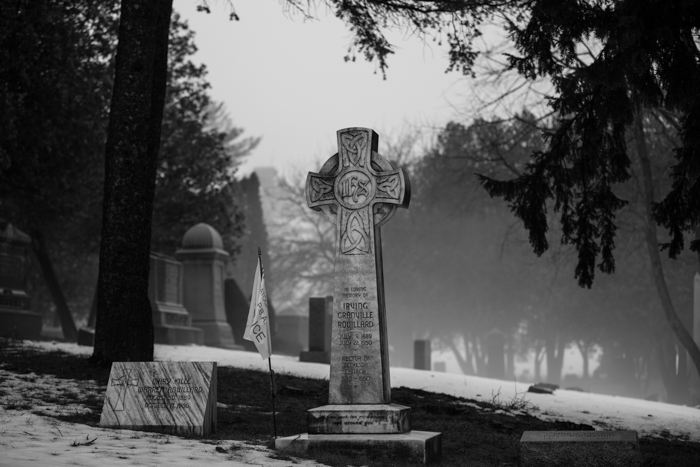