The Tamzooka and Tamron Customer Service

The Tamzooka and Tamron Customer Service

This winter, we took a little vacation to southwest Florida.  I wanted to try some birding photography so I researched online the best places to go near where we’d be.  But I quickly learned that for most good birding, you really need substantial focal length.

My current longest lens is the 70-300L.  Even with the crop sensor advantage on the 7D, it’s relatively short in reach, unless you can get very close to your avian subject, or you are shooting really large birds.  So in anticipation of this winter’s annual trek to the south, I purchased a Tamron 150-600mm. 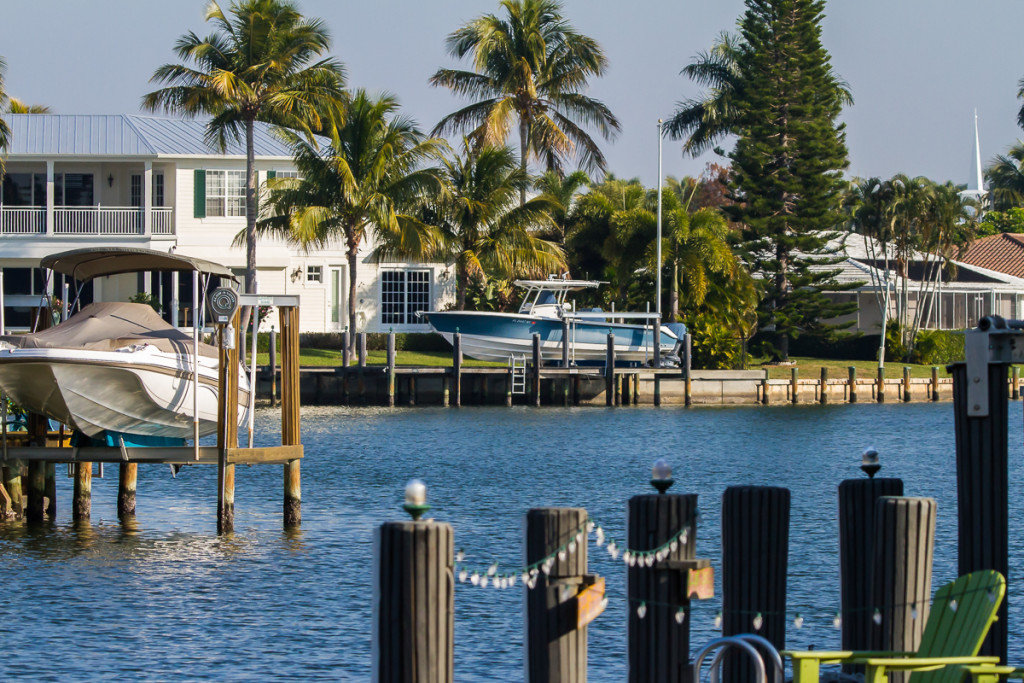 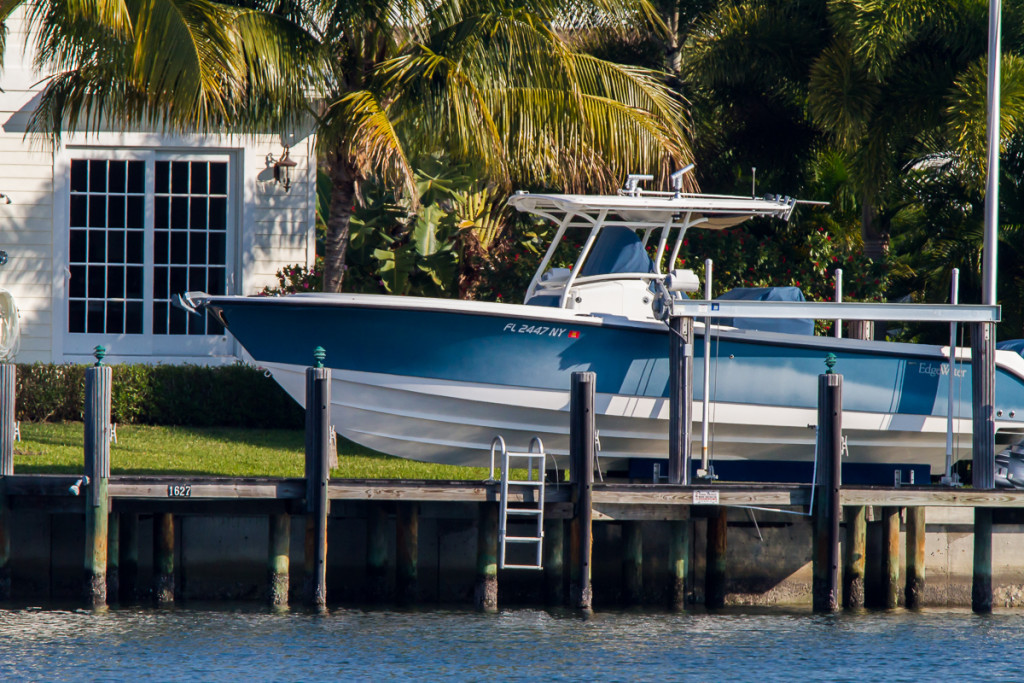 Touted by many online as the “game changer”, the new Tamron 150-600 offers substantial reach at a the bargain price of a little over $1,000.  Yes, it’s a variable aperture and yes, it’s not the fastest lens, but it satisfies a need in the enthusiast wildlife photography market without breaking the bank.  A Canon 600L retails for about $12,000!

I ordered the “Tamzooka” (the internet nickname) before Christmas so I would have some time to get the feel of it before our February Florida trip.  The first thing I noticed when I opened the box is it’s big…really big.  Long.  And hefty, though not as heavy as some of it’s competitors.  But it is big enough that you can’t just blend in when you have it mounted to your camera.  It’s very noticeable.  I found the build quality quite nice for the price.  Not as solid as most of my L series lenses, but very respectable.

The size and weight are something to get used to, especially when panning for birds in flight.  I tended to lag the birds due to the heft of the lens.  The Tamron is equipped with VC – Vibration Compensation – similar to Canon’s IS.  However, it does not have a panning mode, so they recommend that you turn off VC when tracking moving subjects.  Naturally, my first shots were of backyard birds and seagulls, nothing exciting, but a good place to start. 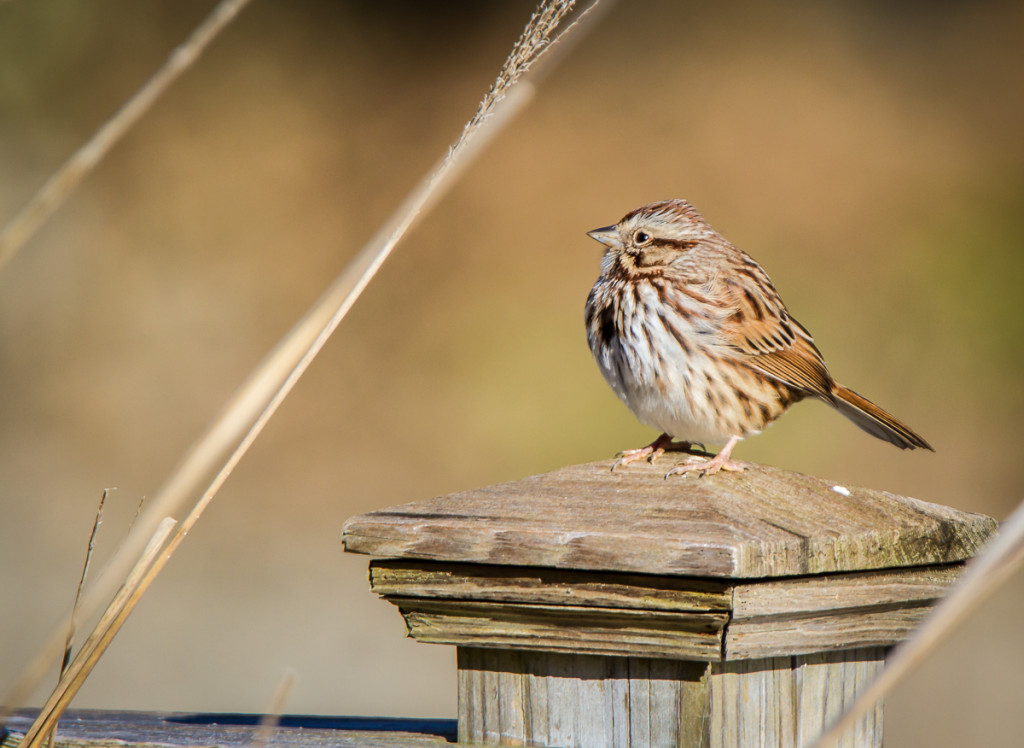 As reported in technical reviews, the Tamron is not super sharp wide open.  Stopping down to f/8 or some shows noticeable improvement.  I also learned that for hand holding, higher shutter speeds are better.  Some photogs report hand holding a low shutter speeds, but I did not have such good luck.  Maybe I drink too much coffee, or I am much older and not as steady than others.  This learning curve took a while, as a result my first round of bird shots were less than acceptable.

Just after Christmas was a full moon, so I shot the moon during the blue hour, and not the day it was actually full.  On the tripod with a remote release, the Tamron performed very well.  The seagull in the frame wasn’t intentional, but I think it made the shot.

Bald eagles winter near where I live, and we have several types of hawks, so the next step was to look for them.  Configuring the camera to use auto ISO in shutter priority mode, I headed off to the local IBA – Important Bird Areas – essentially bird refuges.  No matter how hard I worked at my technique, I could not produce good shots.  Anything over 200mm was not in focus.

I ran through micro adjusting the lens with Reikan FoCal software, and still could not get a sharp image handheld despite high to extreme shutter speeds.  Frustrated, I set up some test shots with the rig on the tripod.  Still, could not get focused shots.  Something went wrong with my lens!

Tamron offers a six year warranty.  I had already registered it, so I sent the lens in for service.  They offered a three day turnaround, so I figured I would have the lens back in time for our departure south.  What I didn’t count on was the blizzard that was bearing down on Long Island, where I had sent the lens the day before.  The snow fouled the shipping and it was several days before Tamron received the lens. 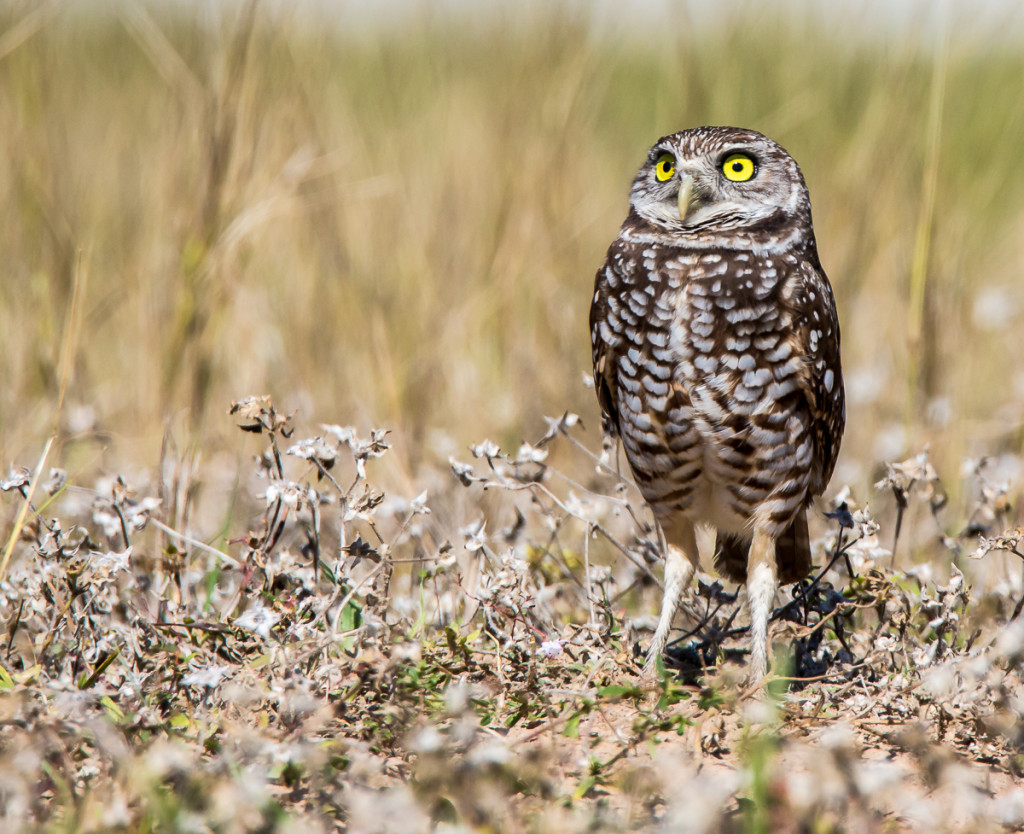 As publicized, they had the AF adjusted in three days and were ready to send the lens back – but I was leaving the next day.  I spoke with a nice customer service rep who offered to ship the lens to the house we were staying at in Florida at no extra charge.  I immediately accepted.

Several days into the vacation, the lens arrived.  I did not have with me the software to run through the MA process, but was eager to try the lens out.  I took a number of test shots and saw immediately that the AF was back on point.  A little MA might be needed but it was certainly usable right out of the box.  Two thumbs up to Tamron and their customer service for fixing the lens and accommodating my travel needs. 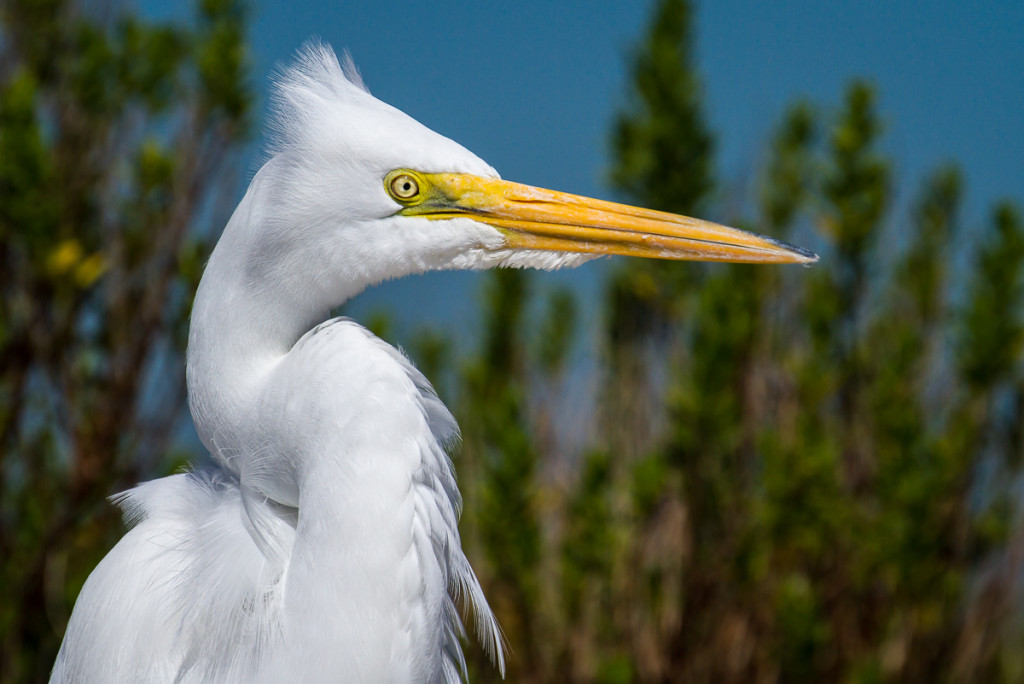 The Polar Vortex that cursed the rest of the country made it’s way to SW Florida limiting my opportunity to shoot shore birds and other subjects.  However, I did luck out in that their were burrowing owls on the property next to the rental house, so I managed to get some decent shots of them.

So far I am impressed with the Tamron.  There are some new competitors out there like the Sigma 150-600 Sport and Contemporary versions.  It will be interesting to see how they stack up.  But if you are looking for a long lens for birding or wildlife, the Tamron is a solid choice. 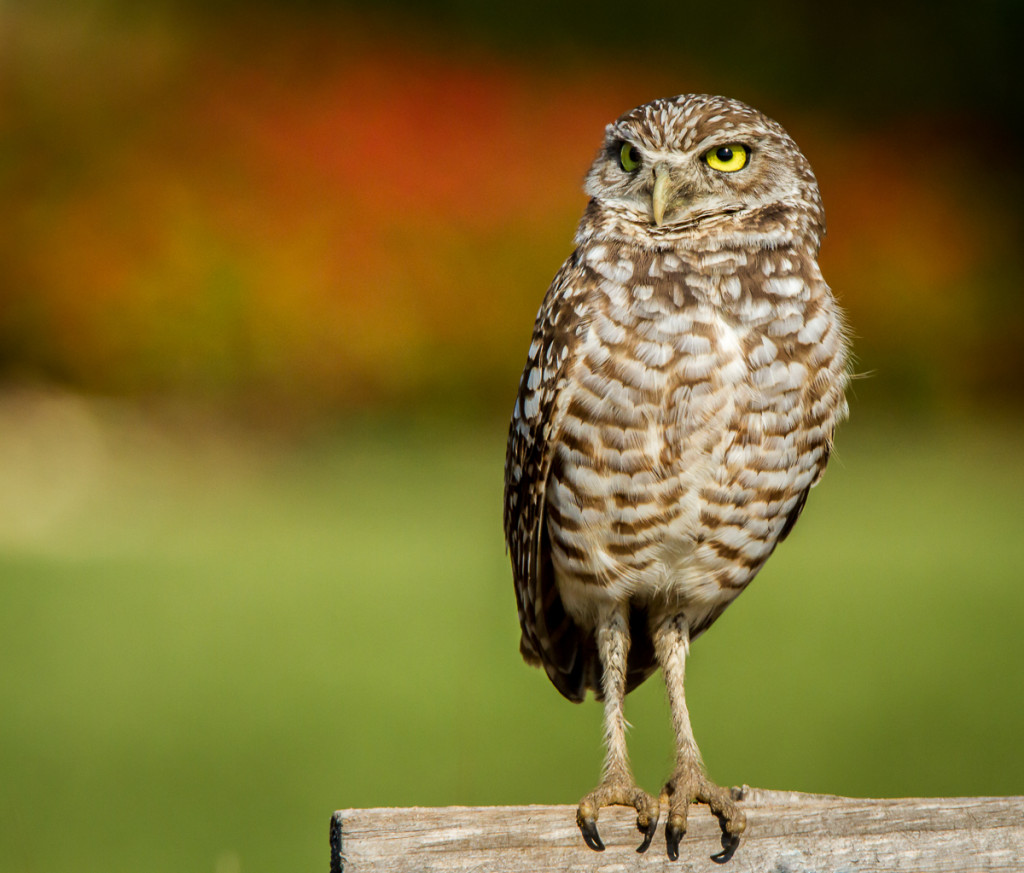 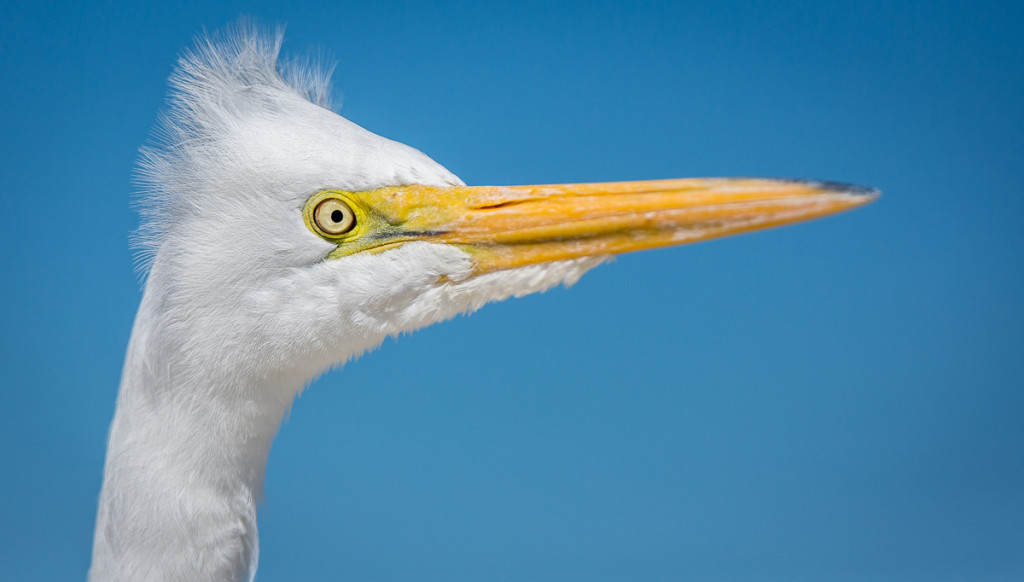