While in south Florida, I stayed at the famous Pier 66 Marina in Fort Lauderdale.  Years ago, there was a rotating bar and restaurant in the top of the main tower with 360* views.  Nowadays, it’s a private banquet room, so I was disappointed that I could not take some photos from up there.  But there was plenty of opportunity to shoot the boats and mega yachts in the marina.  Earlier in the day, I walked the docks, took some HDRs of Steven Spielberg’s 282 footer, and some general shots of the yacht basin.  After dinner, I headed out with the camera and tripod to see what things looked like at night.

I adjusted my ISO so I could keep the shutter speeds at 30 seconds or less, negating the need for an intervalometer.  There was a slight breeze, not very windy, and I knew the smaller boats would move around in any shot with more than a second or two of shutter speed.  What was interesting to find out was that the large yachts moved too…not nearly as much as the small boats, but there was some discernable movement over 15 to 30 seconds.  I think the movement adds something to the photo, makes it more dreamy or mythical.  This was further augmented by some cloud movement in some of the frames as well.

It was late enough at night that the docks were deserted.  The tower at Pier 66 was lit up with indigo neon.  Lights were on in many yachts, one sport fishing boat had it’s tuna tower lit in neon and an underwater light leaving a glow behind the transom.  The results were some neat shots of the vessels at night under the tropical backdrop of south Florida. 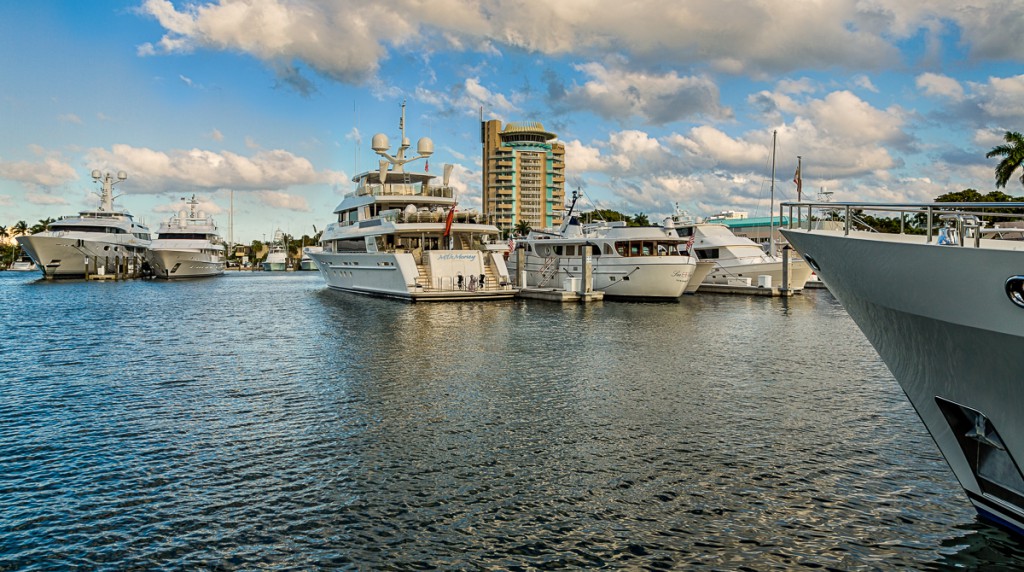 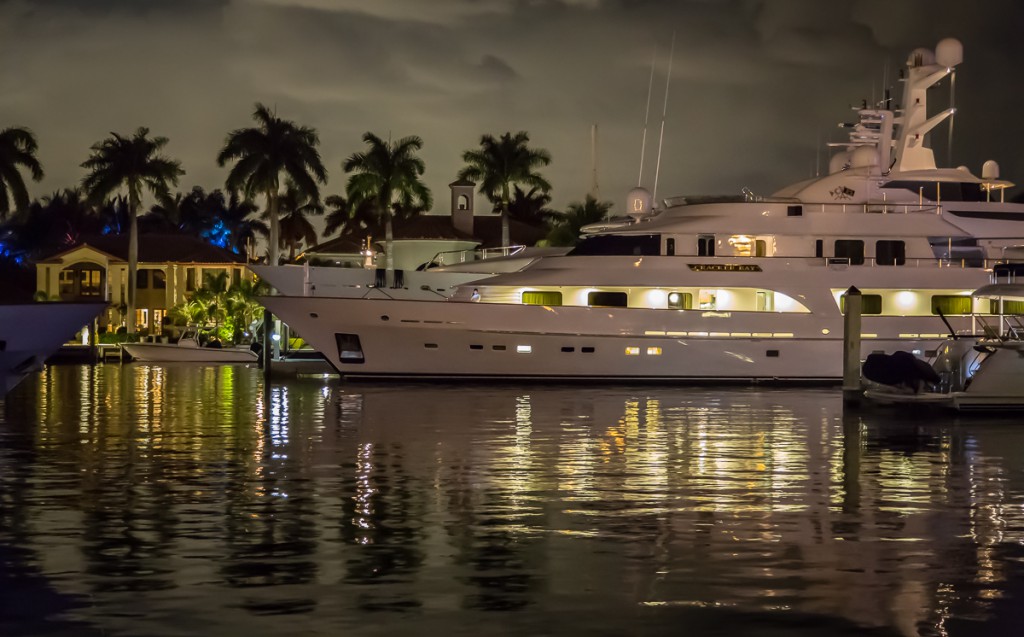 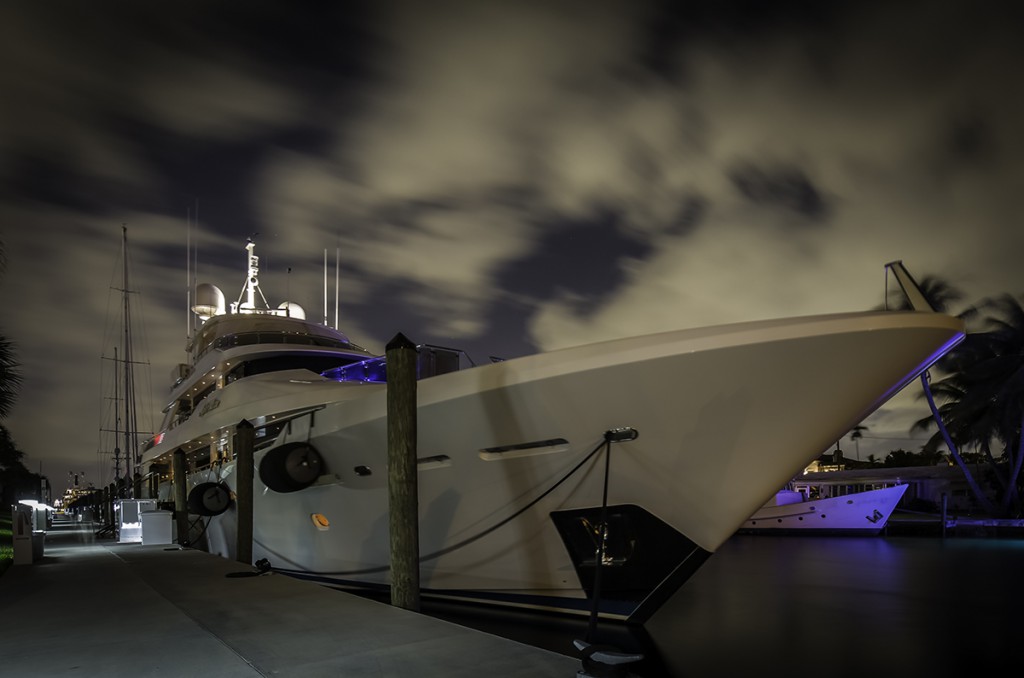 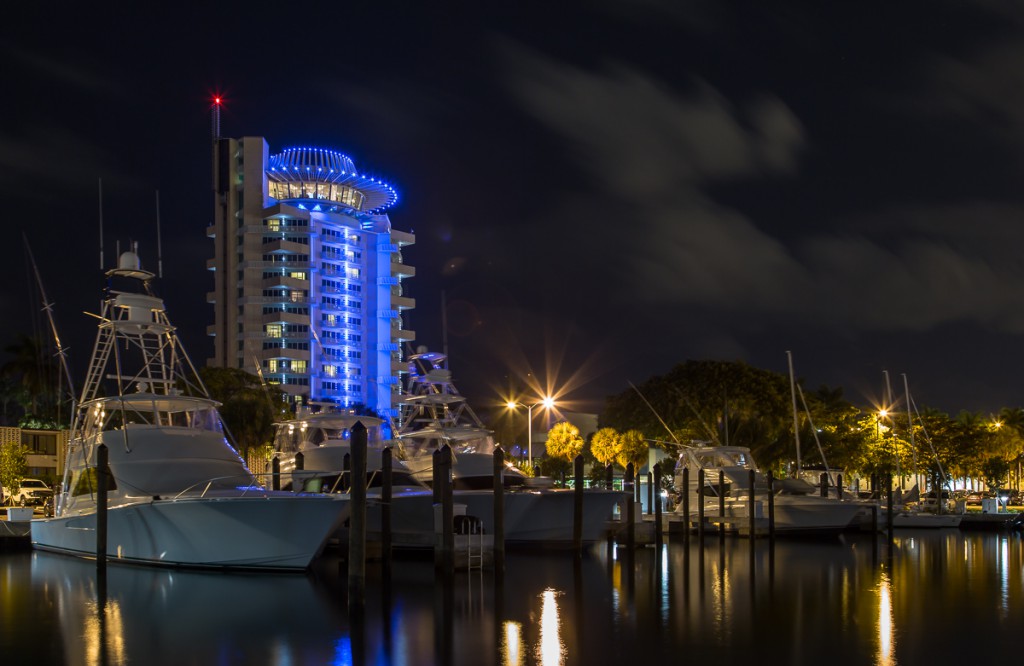 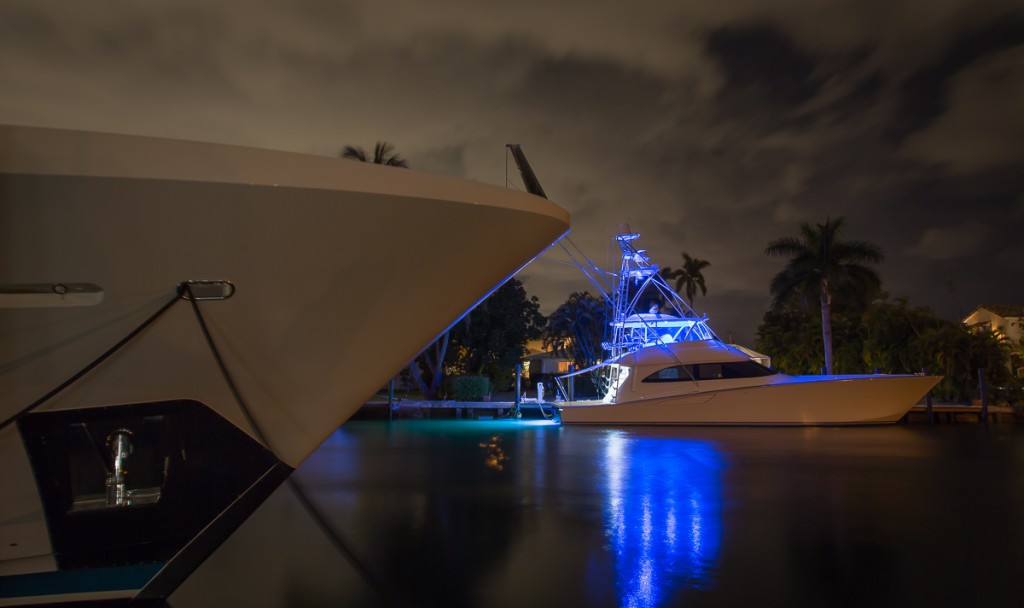 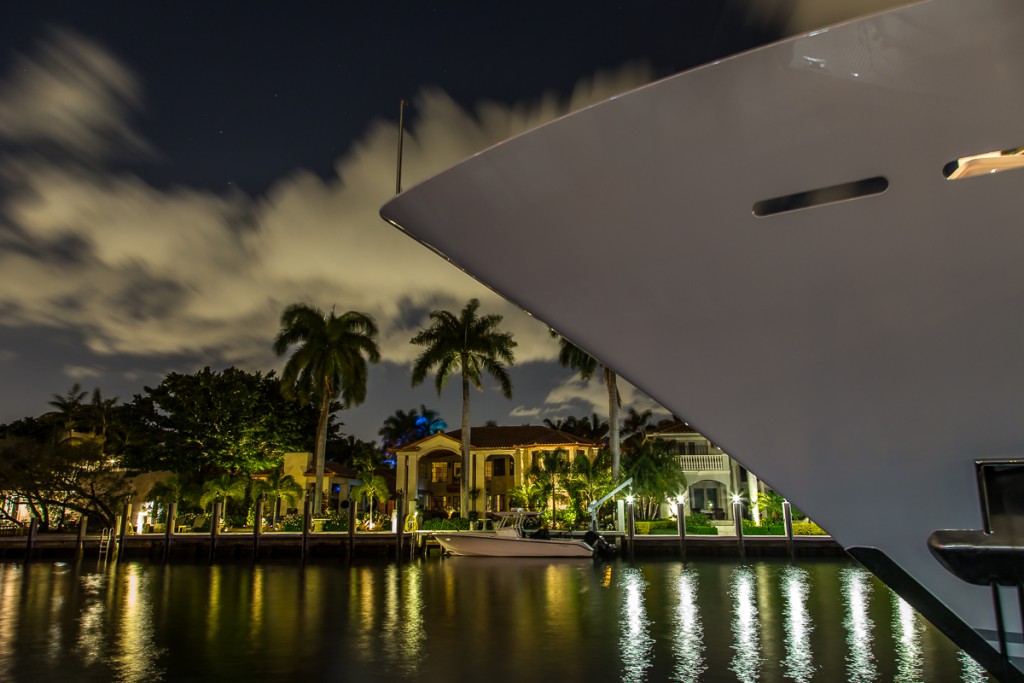